A recent visit to Zurich and a fieldtrip regarding the Norwegian 'cultural landscape' in Trondheim before that have me thinking about waterfronts. The greater Zurich area has developed seemingly all the land around Lake Zurich, leaving the hills and mountains beyond open for farming and nature. To compensate, waterside promenades and public spaces abound. Trondheim holds an industrial waterfront with sprawl going into the hills around the fjord, yet controversy has arisen over potential building on "the last remaining opening to the fjord." The landscape there might be held open simply for the 'view' - as the reality of residents accessing the fjord from that land is rather small. 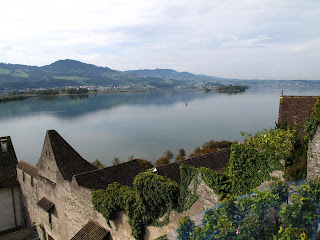 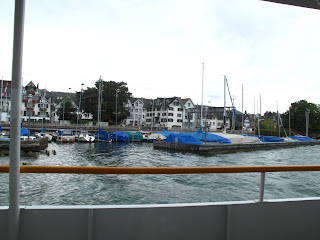 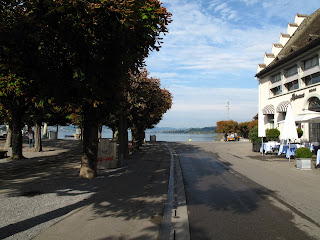 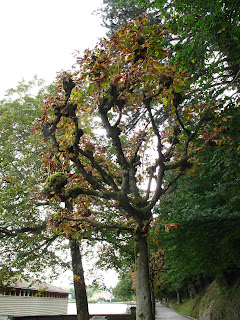 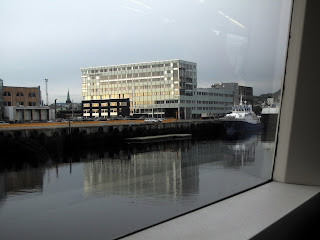 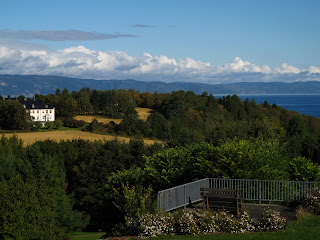 Posted by Melissa Anna Murphy at 1:25 AM No comments:

Trying something a little different here, comments welcome - am keeping my eyes open for an outlet where I might be able to publish this/later work..

It has been a few weeks now since I moved here - to Oslo, to Tøyen. At the grocery store (the larger option in the neighborhood boasting lower prices) the woman in line in front of me wears a burqa. It is a common sight here and I am getting used to it, but I cannot help myself from wondering about her. Where is she from, how long has she been in Norway, does she speak the language, what will she be making for dinner? The differences between us seem accentuated by this one, highly symbolic piece of clothing. We leave the store with our bags and walk in the same direction for a bit, until she turns down a street consistently peppered with various others donning hijab and headscarves. I continue to my own rented apartment.

At my front door, I greet my neighbor on his way out but still in his business-casual dress from the workday. Our building is an old one - solid, possessing character. The apartments inside have been recently renovated to achieve a clean and modern look - energy saving appliances and all. When I take out the trash in the evenings, I must unlock a massive gate leading to the courtyard - a modestly sized space with potted plants and views to greener neighboring lawns. A small table and some potted plants render asphalt plot as cozy. From this space I have coffee and waffles and watch more neighbors come and go. I cannot but acknowledge that we are all the same - young professionals seeking reasonable rent and comfortable rooms. There are no burqas or bright headscarves in my building.

I remember back to the realtor's showing of my apartment. We had arrived a little late and there was a room full of visitors who were just leaving. My boyfriend was the only native Norwegian entering a room that well displayed the diversity that the city of Oslo hosts. Tøyen after all, is known for being multicultural - and for having cheap rent compared to similarly central neighborhoods. The well dressed realtor did little to hide his eagerness to speak to us, and it was shortly after the door closed on the last other visitor that we were informally offered the apartment. This approach was not overly surprising - we had sensed similar interest at previous showings and had already turned down one apartment despite the tight market. It seemed to follow as we are a clean, polite young couple with good educations, a steady income, and the added benefit of northern European genes.

A week after accepting the apartment we read in the local newspaper that young adults from minority backgrounds and students are having excessive difficulties in the rental market. I think back to our visits to other apartments and realize that our demographic is the competition in this market. Not yet established enough to buy, still saving and unwilling to spend too much on rent thereby drawn into neighborhoods characterized by increasing disparity and change. I think again of the woman in the burqa and my architect's mind is drawn to the long block of lesser kept modernist housing where she turned. Those blocks have few balconies and no coutyards - that era of Oslo housing in these parts focused on function - quantity over quality. I do not know how big or light her apartment is, or when it was last renovated. It is certain that, unlike the pattern of residents found in my building, those of neighboring buildings are not all the same. Only a few blocks separate us, we are one community yet we share little beyond the sidewalks and buried infrastructure.

Going back to the gate on my building's courtyard, I wonder why it is locked. Why are other members of the community invited to share 'our' communal space? I walk down local streets where the only trees and greenery to be glimpsed is tucked behind other buildings, locked within large gates, buried in courtyards. While I appreciate that my back window has a view of some trees, I fear that it is unfair to the rest of the community. Some others have no yards by their homes; others have more beautiful ones than mine. I pay more and more attention to the individual people in my community and I wonder just how different are our parallel and adjacent lives.

Mostly, I am quiet in public though I make a point of smiling to the people I pass on my street. At our subway stop, diverse visitors and tourists often ask me for directions - I respond to them as best I can. In stores, I greet shopkeepers and rehearse well practiced phrases hoping not to be caught off-guard with questions outside of the routine. Even though I too, am shut out of the locked courtyards in the district of Gamle Oslo, I feel somehow integrated into this disconnected community. By all outside appearances having fair skin and blue eyes I am typically mistaken for Norwegian, but - as is revealed by the color of my passport and my difficulty pronouncing ø, æ, and å's in conversation - in actuality, I am just another immigrant here.

The forefront of sustainable development? Or, just a shiny new front along the water for the city of Oslo.. A couple shots of the ongoing construction towards a new city area - somewhere on the other side of the railroad tracks building after building is being built on what is likely newly filled land from the fjord-front. 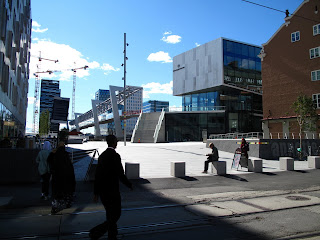 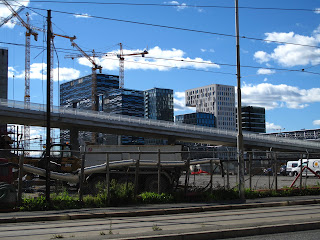 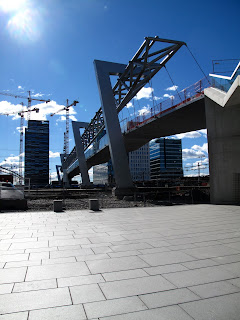 Posted by Melissa Anna Murphy at 12:09 PM No comments: