I am best described as an interdisciplinary architectural designer most interested in the social and ecological implications of urbanism and the built environment. My professional experiences have taught me how the convergence of design with global perspectives and fields such as sociology and ecology can intensify the richness and integrity of a problem solution. It is my professional goal to employ and develop practices of ecological planning to globally better cities through sustainable design.

Where I grew up, neighbors exchanged homegrown harvests of tomatoes, corn, squash, grapes, and various other items. Overgrown roadside ditches held and conveyed excess storm water until it could infiltrate back into the land with time. These minor institutions show a latent sustainability and help to create a societal connection to nature. This human connection to nature is one I took for granted before moving from rural North Carolina to the cities of Boston, MA, and then to New York, NY where I reside today. Working in urban architecture and landscape architecture and being exposed to the municipal agencies who strive to maintain one of the world’s greatest cities, I am reminded each day of the severe disconnect between urban life and the forgotten natural ecologies struggling to persist in cities.

Studying architecture within a program that focused on the recognition and analysis of the urban environment broadened my perspective to seek inspiration in landscape architecture and sociological thought. By the time I entered graduate school, my degree was a Masters of Architecture, but my thesis project began with the social implications of urban park space from historic through contemporary times. In researching my thesis I came across a well-established premise in landscape architecture and urban design derived from Transcendentalism which has continued with me - within a natural setting, people can come together on an equal ground - regardless of race, gender, or other societal constraints. In considering the degradation of nature, the state of the earth’s environment, and questions of human equality in the midst of globalization, I am struck by a necessity as a design professional to look back to nature and extract ecological knowledge capable of informing architecture.

I was the first member of my family to have the opportunity to travel abroad. I have long held a fascination with new cultures and languages, so worked hard through college to save money to fund short trips and eventually to spend a semester abroad. I have studied German among internationals in Dresden and tutored English in New York, learning in both cases to step back from situations and observe without presuppositions to comprehend cultural variations. My interactions across cultural boundaries have taught me the duality of culture - as one learns from others, one also becomes more aware of himself. Further, having found travel to provide a unique understanding of the architecture and urban design field, I consistently strive to experience more of the world’s historic and contemporary built environment, to better inform projects of my own.

The Lesson of Peat and Fungal Gnats

In the midst of a small amount of rage, and as a bit of a public service announcement, I just wanted to share my new findings on pests which threaten the indoor urban gardener. Having recently tossed a young basil plant, soon followed by a young rosemary plant which I found withering and swarming with small flying insects, I did some further research. What I found was a too common species known as the Fungal Gnat. They're slightly smaller than your typical fruit fly and particularly enjoy potted plants.

Apparently the adult fungal gnat itself is not particularly harmful to plants, but their larvae are quite destructive. The gnats lay eggs in soil, particularly soil that is moist. They can lay hundreds of eggs which hatch quickly into larvae. The larvae thrive in the moist soil and attack plants at their roots for nutrients. On top of this, fungal gnats are known to spread diseases from other plants.

I've been annoyed by the flying insects because they were sticking around even after I had tossed all of the potted plants in my apartment, and throughly washed everything down. Granted there were only a couple here or there, but realizing they were not going away I started wondering both what they are and where they might be still living. Upon reading about the larvae in moist soils, I remembered that the large bag of potting soil I had bought (which I used when I repotted both the basil and the rosemary shortly before their downfall) was still loosely sealed under my kitchen sink. In my internet research readings I had seen warnings against using topsoil containing peat, which apparently these (and other pests) are particularly fond of.

Upon inspection, the bag of soil under my sink was teeming with several of the gnats around the opening. I picked the bag up, and quickly saw that the soil mix was one of peat moss with added nutrients for plants. I ended up tossing the entire bag of soil, and vowing never to return to the tiny hardware store up the street who had convinced me to buy the mixture..

So, that is my warning for anyone attempting to grow young plants - beware of soil mixtures containing peat, don't overwater, and act quickly if you ever see gnat like insects around your plants!

I'm starting out some cilantro from seeds in a different soil mixture this week, will see if the results prove better than the first try with herbs!
Posted by Melissa Anna Murphy at 5:26 PM No comments:

This labor day, I stumbled around a very deserted financial district of Boston during a layover between modes of transportation heading back to NY. During the hour I was struck by the complete quiet and lack of pedestrians in the area around South Station even though it was a national holiday. Heading towards the gate to Chinatown, I was pleasantly surprised to find life just at the border of one of widest expanses of asphalt still remaining since the big dig. This little park is the Chinatown park by Carol R. Johnson Associates (more here http://www.masspike.com/bigdig/parks/chinatownpk.html ).

I realized a fundamental difference between photographing architecture and landscape architecture in this - with landscape, you actually want to show people using the space. It was great to see that groups of people dotted the green spot despite the rest of the downtown being empty. 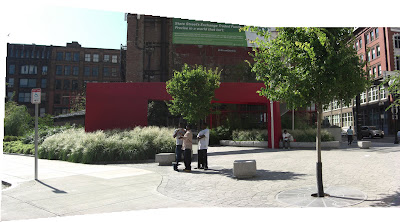 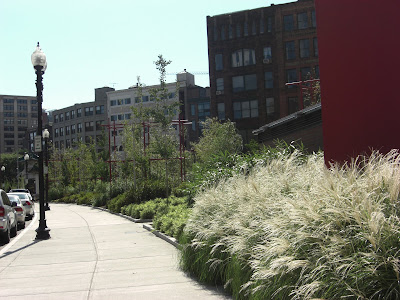 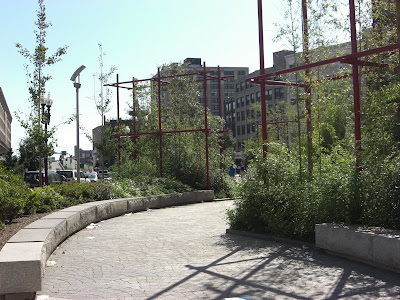 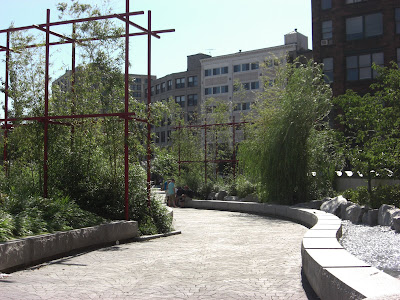 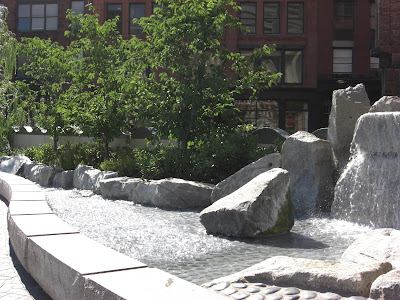 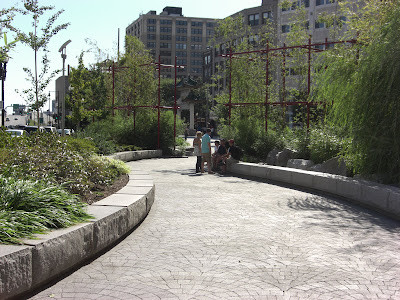 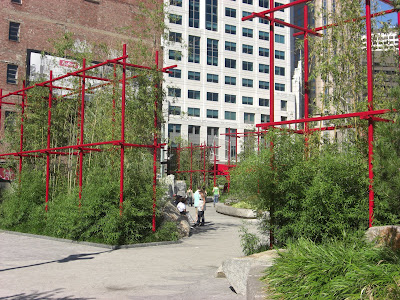 Posted by Melissa Anna Murphy at 4:29 PM No comments:

Posted by Melissa Anna Murphy at 4:25 PM No comments: