A Landscape of Litigation

I liked London - it's a quintessential big city with both quintessential urban possibilities and urban problems. Arriving there from Oslo made me re-aware of a few things - 1) Oslo really is a very small city, 2) the UK really is the older cultural/governmental ancestor of the US, and 3) we from the US - along with those from the UK - actually grow up within a landscape that demonstrates a culture of litigation.
I'm well accustomed to the visual onslaught of signage and advertising typical to cities, but coming from Norway I was not exactly prepared for the blatant commands constantly surrounding, advising, and guiding people in London. Nearly every intersection tells pedestrians which way to look, plus when, where, and how to cross traffic. Traffic is guided by more signage and all is enforced with a multitude of security/safety/surveillance cameras.
The contrast is in the details perhaps. Norway has similar traffic rules, and even an amount of signage to reinforce them. They do not, however, typically use wording on the signs, and in many cases the rules are stated and understood more as healthy suggestions rather than mandates. The impressive part of this contrast (to me) is that most Norwegians will not cross a busy road without the pedestrian signal, while Londoners (and those from most American cities I've seen) are commonly spotted dashing through any traffic gaps - despite blatant warnings all around.
While I didn't set out on this trip to document the signage, browsing through my trip photos I see that I have inadvertently still captured a series of the conditions which struck me. 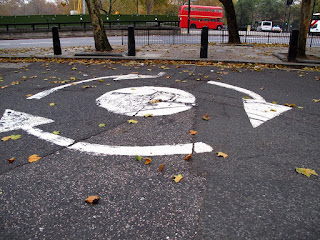 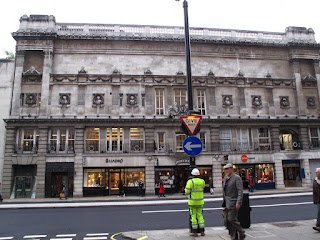 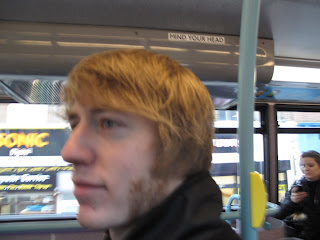 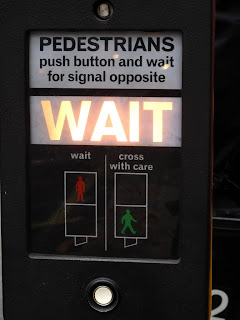 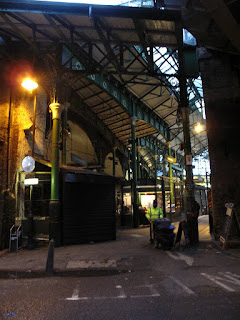 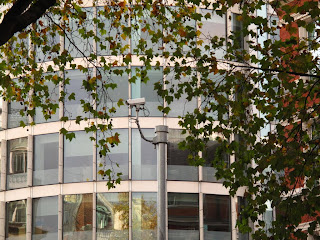 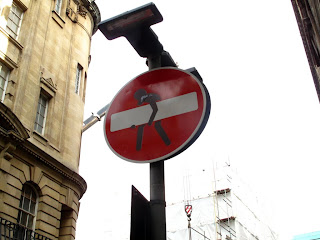 My favorite from signage spotting in London was the graffiti stencil over the 'do not enter' sign above (one of the few signs there that do not write out its meaning in verbiage).  This guy spotted throughout the city reminds me that while the UK may be the birthplace of many establishments that tend towards the conservative and outdated, but it was also home to much of the punk movement.
Posted by Melissa Anna Murphy at 2:22 AM 1 comment: