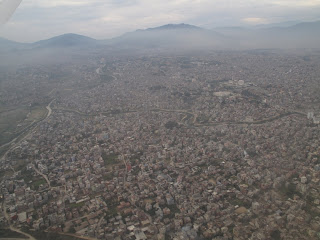 Flying into (and out from) Kathmandu, the density was striking. But living for an extended period in the city was even more impressive - open, green space almost does not exist here. From afar, one can make out some groupings of trees, only to realize upon closer inspection that they live in the yards of an embassy or the old palace - in either case, the 'yard' is so walled off that a pedestrian on the adjacent street has no concept of what lies on the other side. 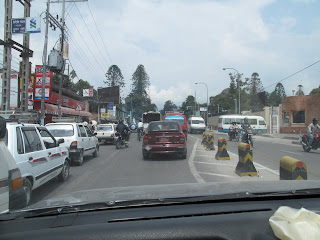 There is one large, open green lawn for the city, called Tundikhel. Informally, I would guess that it's perhaps half the size of Central Park, but clear lawn with just two or three trees. While it is a public open space, it is actually the city's parade ground - where protests and riots take place. The area is completely fenced in with perhaps two gates, but I never could determine exactly where those gates were. Outside of military affairs, I seldom witnessed more than sparse groups of families using the space (despite perfect weather for two months). 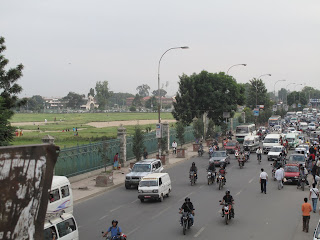 To make matters worse at the Tundikhel - the area used to be twice as large, with the second portion holding athletic fields for Kathmandu. Some years ago though, the military took over this parcel and currently use it for training - even with its very central location in the city. This parcel now has a different characteristic - instead of a simple (albeit very tall fence) as found at the "public" space, the next parcel has a perimeter of barbed wire and huts with armed guards. A few scattered soccer goals and basketball hoops still stand across the land, providing a reminder to the once public facility of the city. 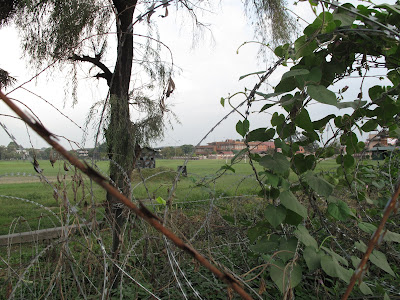