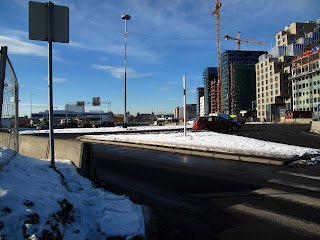 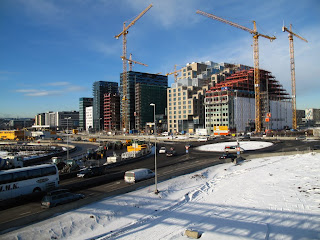 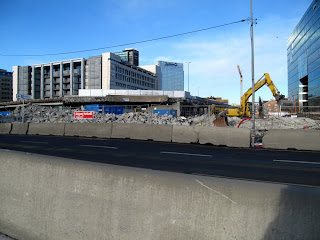 These aspects of planning and engineering the movement of traffic and humans in machines brings the 1920s German movie Metropolis to mind. There is something particular dystopian about development, especially while it is underway. It is difficult to look at this site today and imagine that in the future it is to be a progressive pedestrian friendly neighborhood that will magically connect the new buildings along the fjord to the existing urban fabric behind the train tracks.
More photos from this site here.
Posted by Melissa Anna Murphy at 7:21 AM